Montornès del Vallès extends along the low valley of River Mogent, until the confluence with River Congost. The mountains in the Parc de la Serralada Litoral to the left and the Turó de les Tres Creus to the right protect this peaceful municipality that offers many beautiful routes for rambling and where one can admire the splendid vegetation along the riverbank of this magnificent waterway.

The Sant Sadurní church presides over the village, an old Romanesque temple with an apse that has been well preserved, thanks to successive renovations that took place during the 16th and 17th centuries.

A walk around the old town centre will uncover large family homes such as Can Masferrer, Can Vilaró or Mas Calders, traditional buildings essential to help us understand the way of life and culture of the area’s inhabitants.

If we travel deep into the mountain range, circling the Torre de l’Homenatge del Castell de Sant Miquel, we will find an Iberian town that is sure to awaken our interest for the origin of this place that dates back thousands of years.

We can see the same history represented in the Mons Observans archeological site, a Roman settlement from the 2nd century BC, declared Site of Natural Interest in 2008. It is a residence from the early days of Roman domination, has two cisterns and rooms where one can see pompeian style murals.

On the top of a small hill we can find the first optical telegraph station in Catalunya that is now a museum, it is the Torre del Telègraf, built in 1848 and renovated in 2012.

Next to the Can Parrellada mountain range, following the road to Palou, we find an old air raid shelter called Ca l’Arnau. Built mid 1938, it is an underground hall of over one hundred meters that offered protection to the military detachment of aerodrome 329 of the Republican army.

Montornès del Vallès’ Festa Major is explosive, it is held the third weekend of September and begins with the Cremada de l’Ajuntament (burning of the Town Hall) and the fireworks of the colla del Drac i Diable (gang of the Dragon and Devil).

No one, including visitors, should miss the trobada de gegants (meeting of giants), one of the main events being the Dansa de la Batalla (Battle dance) featuring gegants Pere Anton de Rocacrespa and Bartomeu Sala, the atmosphere is buzzing; it is a solemn representation of the battle that took place in town on the 4th of January 1485 that brought an end to the Guerra dels Remances (war), when the veguer de Barcelona (local medieval government) was defeated by the peasants.

This same historical fact also inspires La Remançada, a musical poetical show that takes place in the streets of town, which was first shown in June 2014 with the hope it will become a popular event in cultural tradition.

See all places to sleep from Montornès del Vallès

Can Sala & Mons Observans with the family 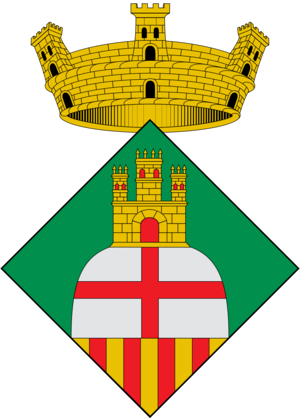